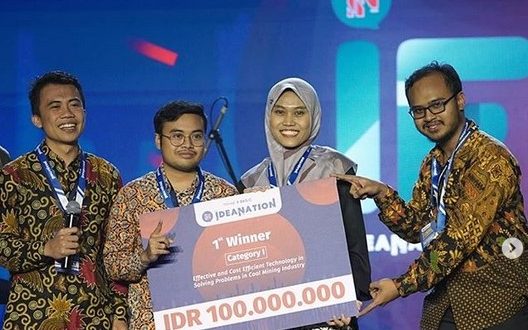 BANDUNG, itb.ac.id – Bandung Institute of Technology (ITB) students won four awards at the 2019 Ideanation student innovation competition. The four titles were won by the SKC MET team and Bhuvana as the first prize, and the Legacy and Smaradahana teams came in second place. The award was given during the peak event of the 2019 Ideanation Future Festival (IFF) on Friday-Saturday (8-9 / 11/2019) in Jakarta.

IdeaNation is an annual competition that will challenge students to show their creativity and innovation, and also empower them to bring these ideas to the real world. This year, IdeaNation is also present as a catalyst for innovation not only in the renewable energy industry, but also in general applied technology with the main objective of improving the quality of life of the community as a whole. 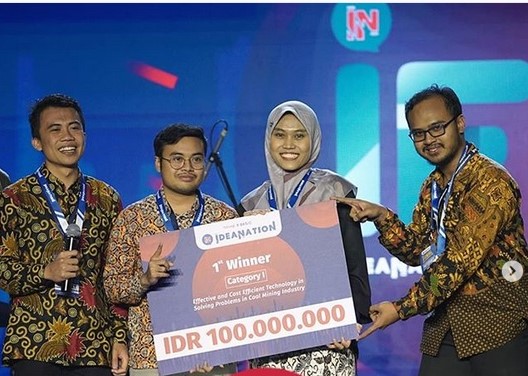 The SKC MET team won first place in the category of ‘Effective and Cost Efficient Technology in Solving Problems in Coal Mining Industry’ making the concept of green technology in the coal processing sector in their research. According to Arsyad Bakhtiar, one of the team members explained, the idea of ​​making the concept departed from problems in the coal-fired power plant industry which contained a lot of Na2O impurities coming from coal. When the content is high, it can damage the boiler in the engine causing its efficiency to decrease.

“We are trying to solve the problem from nature. Bacteria are used in dealing with these problems which will then produce acids. Of course, the acid produced is organic acid so it is environmentally friendly, ”explained the 2018 Metallurgy Engineering student.

In the research process of his team’s work, Arsyad explained that they routinely run monthly to examine organic acids produced by bacteria. Unmitigated, this team also designed the factory design in the form of a model as a form of implementation of the solutions they offered.

Aside from Arsyad, the SKC MET team which also has members of the S1 Metallurgical Engineering Students 2015, namely Fithratullah Habibie, Rahmadhani Triastomo, and Rifdah Fadhillah. Arsyad said, after making the stages of the concept of green technology, in the future they would make a business plan from the products they made. In addition, research on organic acids from these bacteria will continue to be developed again.